Michal Macek founded RK Evropa in 1998, when he started as an estate agent. The firm gradually grew and today has 35 branches in the Czech Republic and also in Bratislava and Nitra. Currently RK Evropa has more than 400 cooperating workers. The current volume of orders on offer exceeds CZK 10 billion, and approximately 85% of these orders are exclusive contracts.

We talked to Michal Macek, executive officer of RK Evropa, about the current situation on the property market.

Is the crisis in property really a thing of the past?

In our experience and according to our statistics, the property market has been stable since the end of last year. Since the start of 2015 demand has started to exceed supply, and every month there are more and more buyers.

What has caused this development?

In the case of regular flats in the property segment, the main reasons are the economic forecast, good mood and low fear of buying amongst people. Today people are investing a lot in their own home – for example they aren’t afraid of selling a smaller flat or house and buying a larger property. There are still low property prices and, most importantly, cheap mortgages which are affordable – banks aren’t afraid to lend, there is relatively low unemployment… This is the main driver of the property market. Others are buying flats as investments; in six months or a year it will be more difficult to make an interesting investment which will increase in price. Over the past 12 months the prices of property in our offer have risen by 12% and more in the Czech Republic, and in attractive locations by as much as 17%.

What size flat is in greatest demand?

The most commonly rented flats are small ones, in Prague for about CZK 10,000 to 12,000 you can get a two- or three-room flat with kitchenette; a small flat in a new-build is ideal. As far as development projects are concerned, the larger flats tend to be on the higher floors with a good view, with terrace etc., and smaller flats are built on the lower floors. The portfolio of each developer and each individual building differs in order to offer something to several types of potential buyers – large families, investors and people who want to rent a smaller flat.

RK Evropa has its own development department dealing in consultation and sales, all the activities which a developer needs before he sells flats, buildings or lands. Most developers wait until they are planning a concrete project before they contact us. Usually it starts with “pricing” – how much would various types of property or various sizes of flats in the given locality sell for. According to this the developer decides whether or not to buy the land and build the building, whether it is worth it for him because we give him the final price. We also draw up an analysis of the competition in the given locality, what is being built and sold etc. At the same time we draw up an analysis of demand in the specific locality.

In Prague there are still some unsold flats, but new ones are being built. Should the state play a part in dealing with it in the future, for example with starter flats?

In my opinion the state should not intervene. This is private business. These are only projects from a certain time when during the planning the crisis was not taken into account, and the developer calculated the final price of the property after construction incorrectly, paid a lot for the land, paid a lot for construction, and was then forced to sell cheaply, which he didn’t want to do… There are only two possibilities. If prices continue to rise, as they have done over the last nine months, even these flats will eventually be sellable, perhaps next year, because market prices will catch up with them. That would be the happiest solution for the sellers. But unfortunately some developers can’t wait because the banks have called in their loans, and this has become a matter for lawyers, bailiffs and the new owner who acquires the project.

In your experience, what are the most important criteria when choosing a flat?

First and foremost, location – most buyers are unwilling to accept much of a change to this factor, and usually you can’t even use the price to convince them, unless they are buying as an investment. So if someone wants a family home, they usually want something near the locality where they are currently living, where the children go to school, where the rest of the family lives etc., so they don’t want to make concessions on this. If I’m looking for a house for the family and I know that I want a garden and I’m used to one, I’m unlikely to buy a cheap flat. These are the basic parameters. And if in the offer we come across a suitable property for the buyer in the designated location, or at least near to it, then its state is decisive… In the case of property being bought to live in, the price is not the most important factor.

How long does a buyer take to decide?

Based on past experience, people are used to the fact that it took a year or two to sell something – they went for viewings… The estate agent told them that other people were interested, but it was still on the market for another six months. So they are used to the fact that they don’t have to take a fast decision. But times are changing, and over the last 8 to 9 months more and more frequently property is selling relatively quickly, and more and more people are interested in it. So some people are surprised that it has already been sold, and they decide faster on the next property.

How do flats in the suburbs sell?

It depends on cooperation with the developer. If they have agreed, built a school, expanded a kindergarten, shops, civic facilities and sports grounds, it works. And then there are suburbs on the outskirts of a town where there is nothing apart from houses in a field… Buyers are a lot more experienced and smarter these days, and they find out how accessible the town is for work, what the situation is in the town, what constructions are being planned, and they usually want these facilities to be there. They do not believe the developer’s promises that as soon as everything is sold, they will build a kindergarten and school. If someone thinks he can build 20 houses in a field 20km from the edge of Prague, well, it doesn’t work like that these days.

Enlightened developers try to give a project some added value, for example in the form of smart housing. Is that something that attracts clients?

It’s definitely a sales advantage, but it’s not decisive. Most development projects have some added value – green space, centre, low price, architectural accomplishment, but the decisive factors are still location, type or size of flat and price, and only then these advantages. One can see that people want an ecological home. One great reason is money, because if someone is taking out a mortgage for 30 years, they make a calculation about how much they will be paying each month for heating, electricity etc.

… and what about parking?

Parking is a crucial question, and not only in the centre but also on the outskirts of Prague. They all ask about it because they would like to have 2 to 3 parking spaces for a large flat, a large cellar for bikes etc. This usually founders on the issue of an investment which makes the building significantly more expensive – building underground is quite expensive – and buyers are not willing to pay more. Naturally the situation is different in Prague, where flats sell for CZK 80 000–120 000 per square metre. Here you can sell a parking space for CZK 300 000 or 400 000. But on the outskirts of Prague people are not willing to pay such a high additional price.

Who are currently the largest group of buyers?

Essentially the majority of those who buy property from us are also selling some other property and dealing with the price difference. There are fewer of those who don’t have anything and are buying their first flat.

What proportion of foreign clients do you have?

We have a special expat relocation department where we look after the foreign employees of Czech firms or firms operating in the Czech Republic. We ensure them complete housing and the entire service associated with it. During the economic crisis there was a large drop in the number of these expats, but over the last year there has been a significant increase, and they have larger housing budgets. Some of them settle here permanently, and then they contact us when they go from renting to  buying their own home. Otherwise, foreigners prefer to live in the centre of Prague.

In your opinion, what is the sign of a good property? 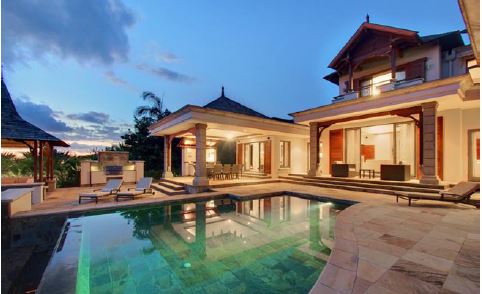